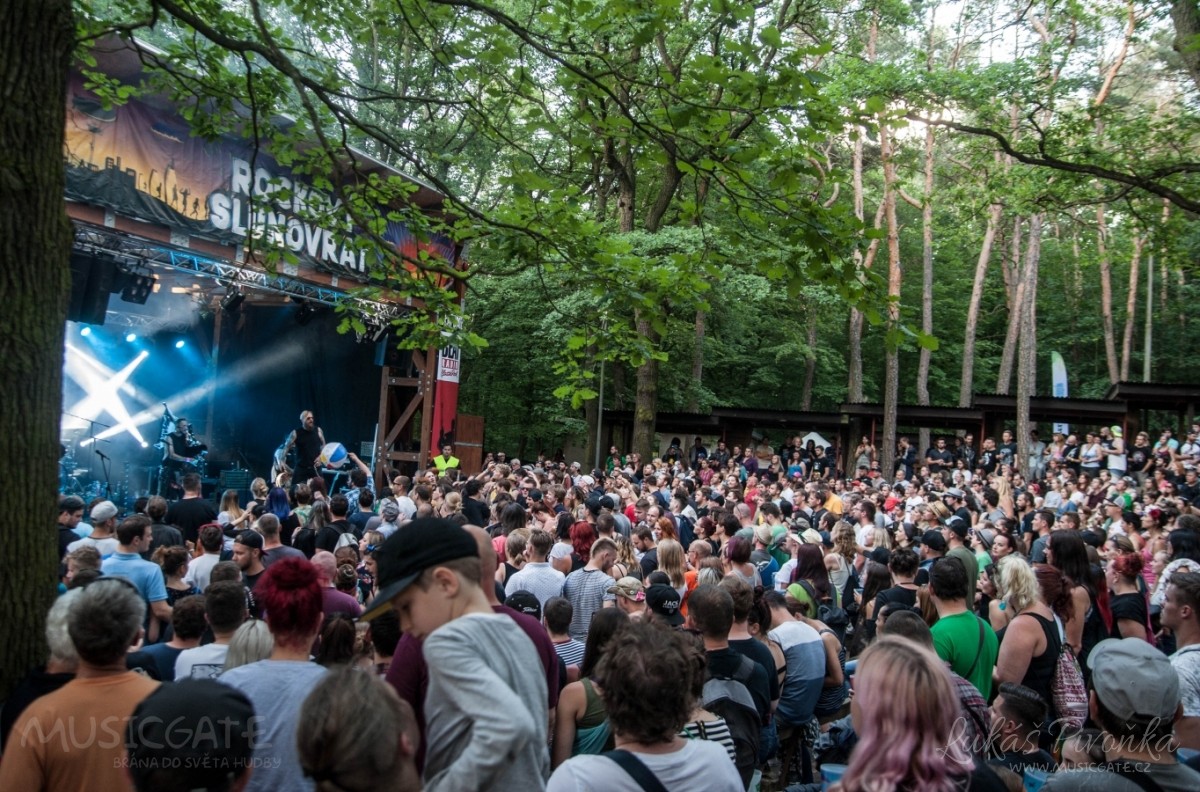 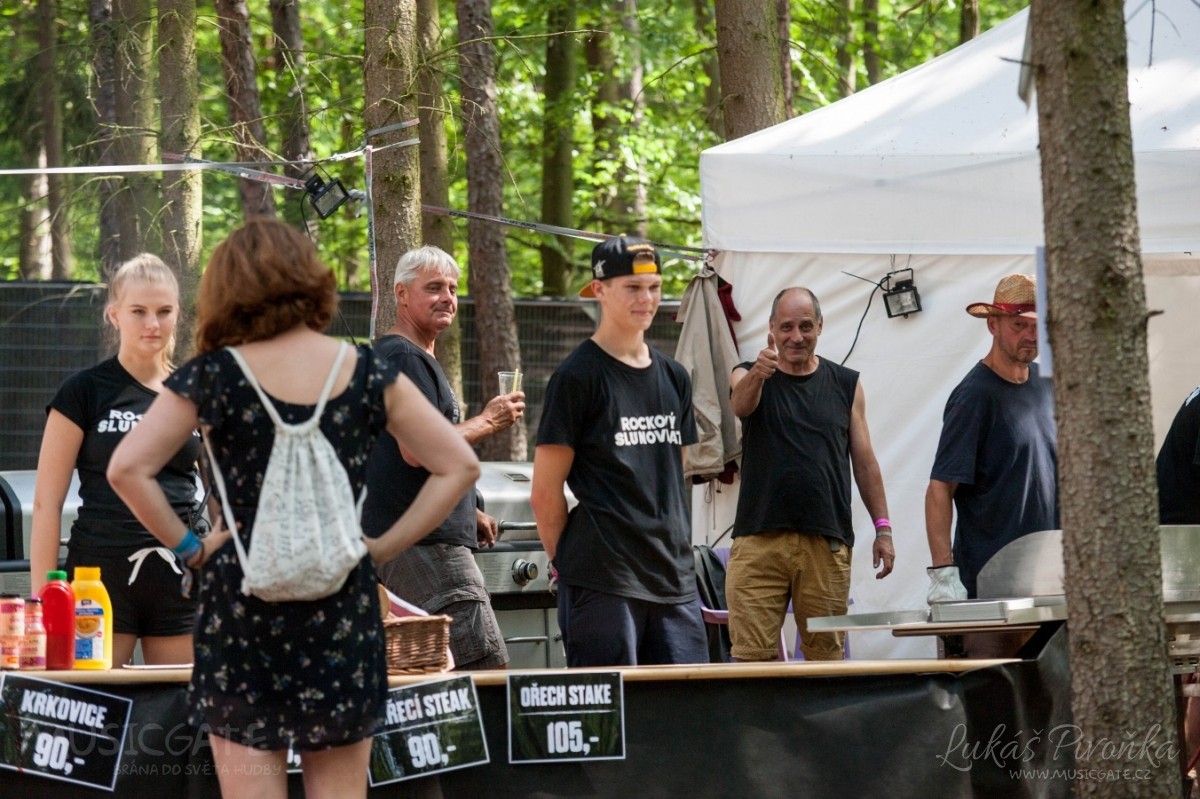 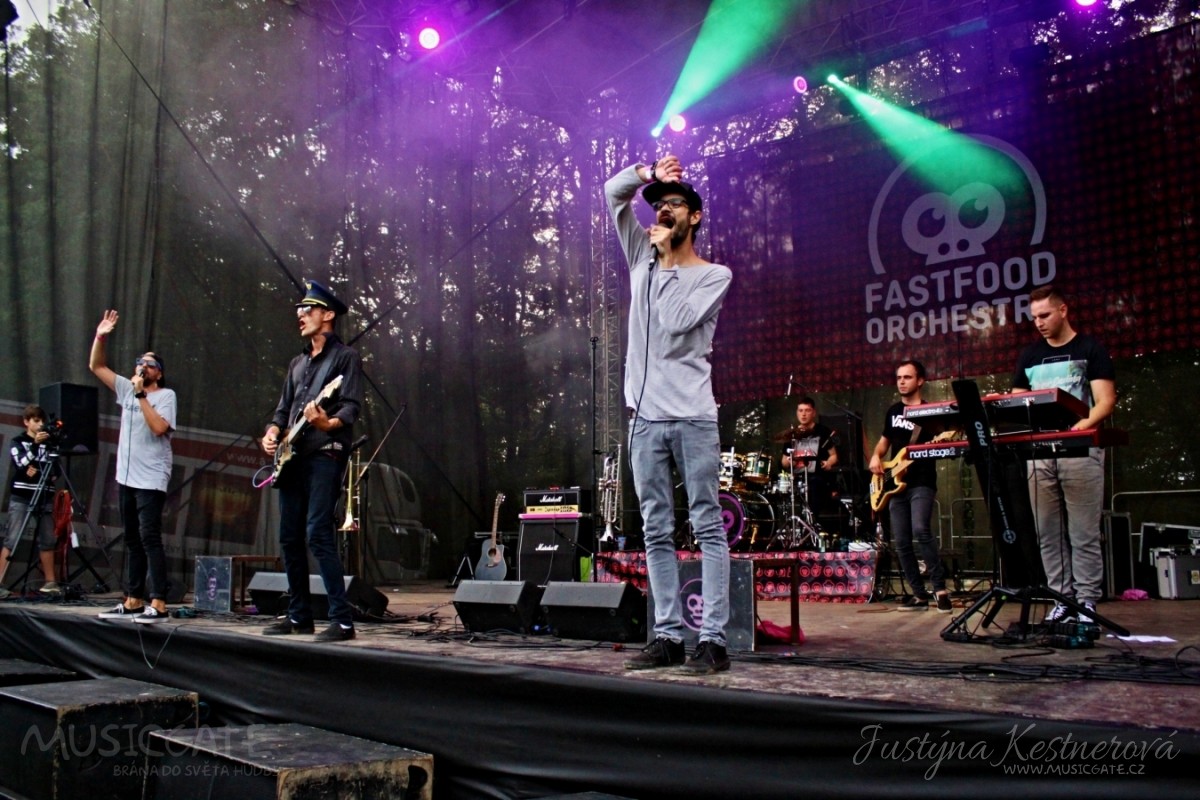 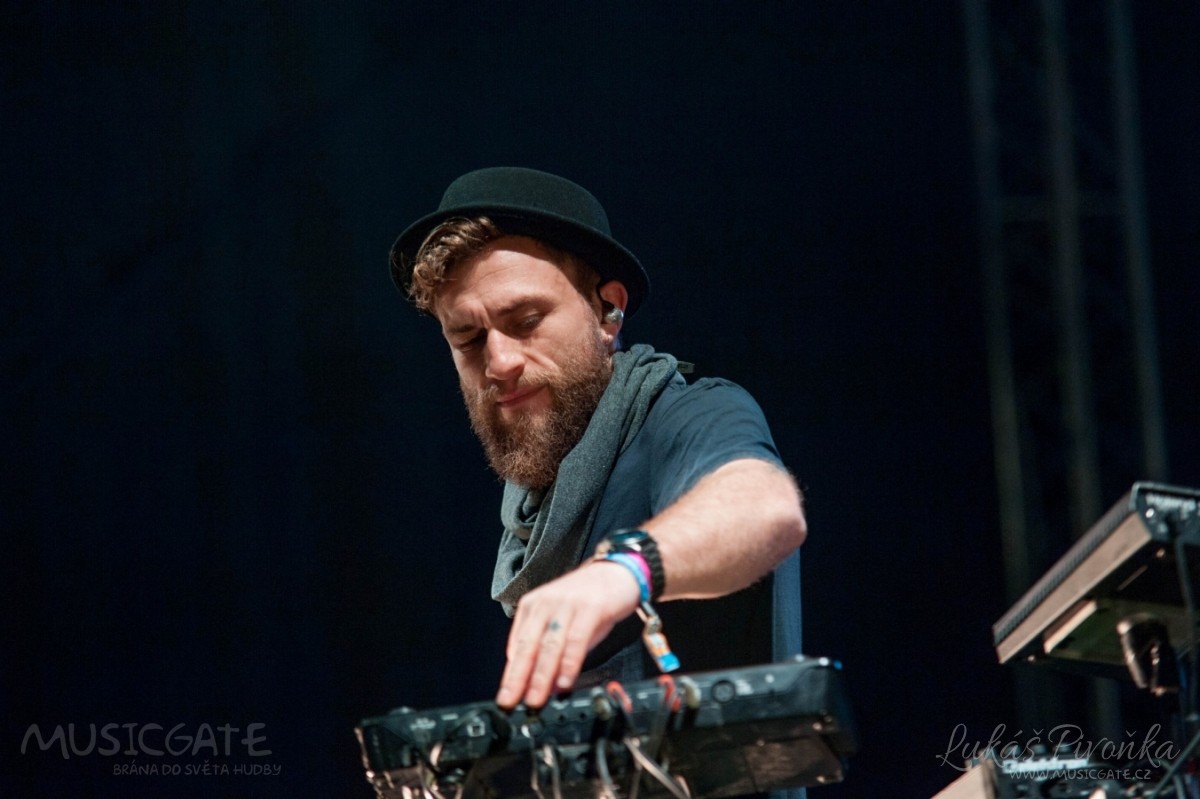 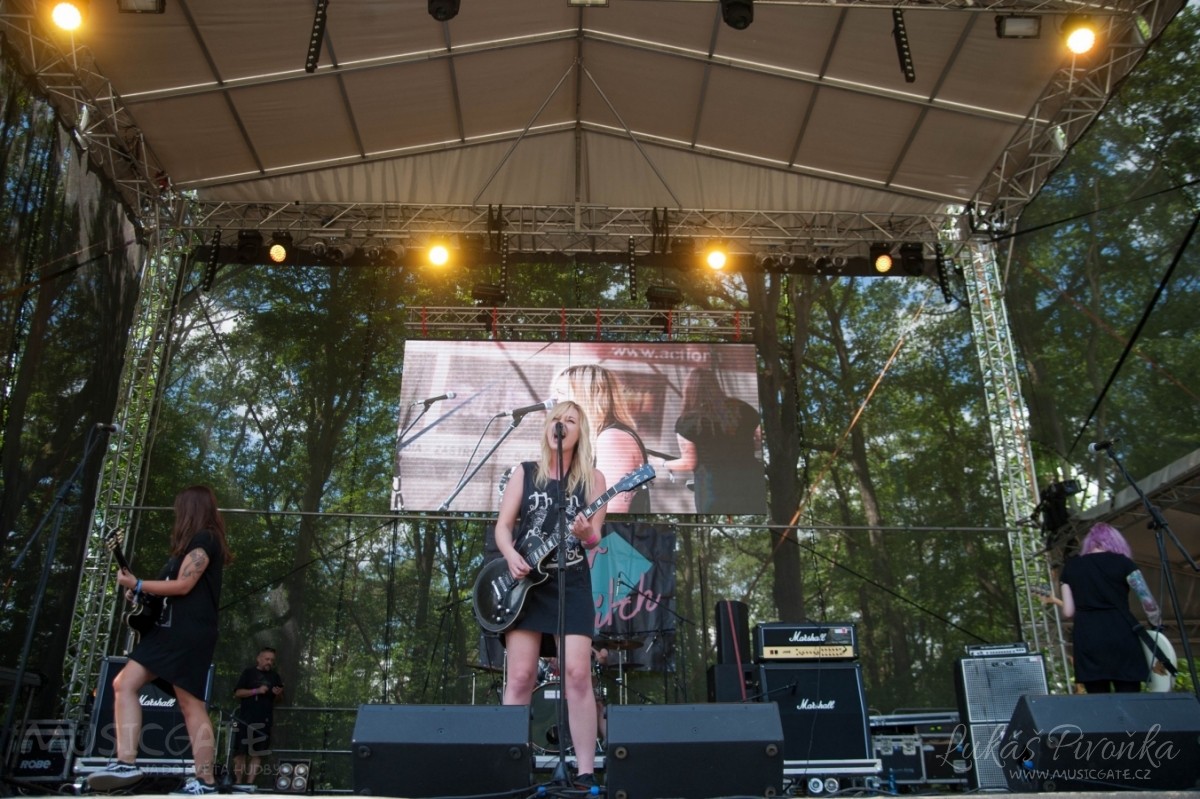 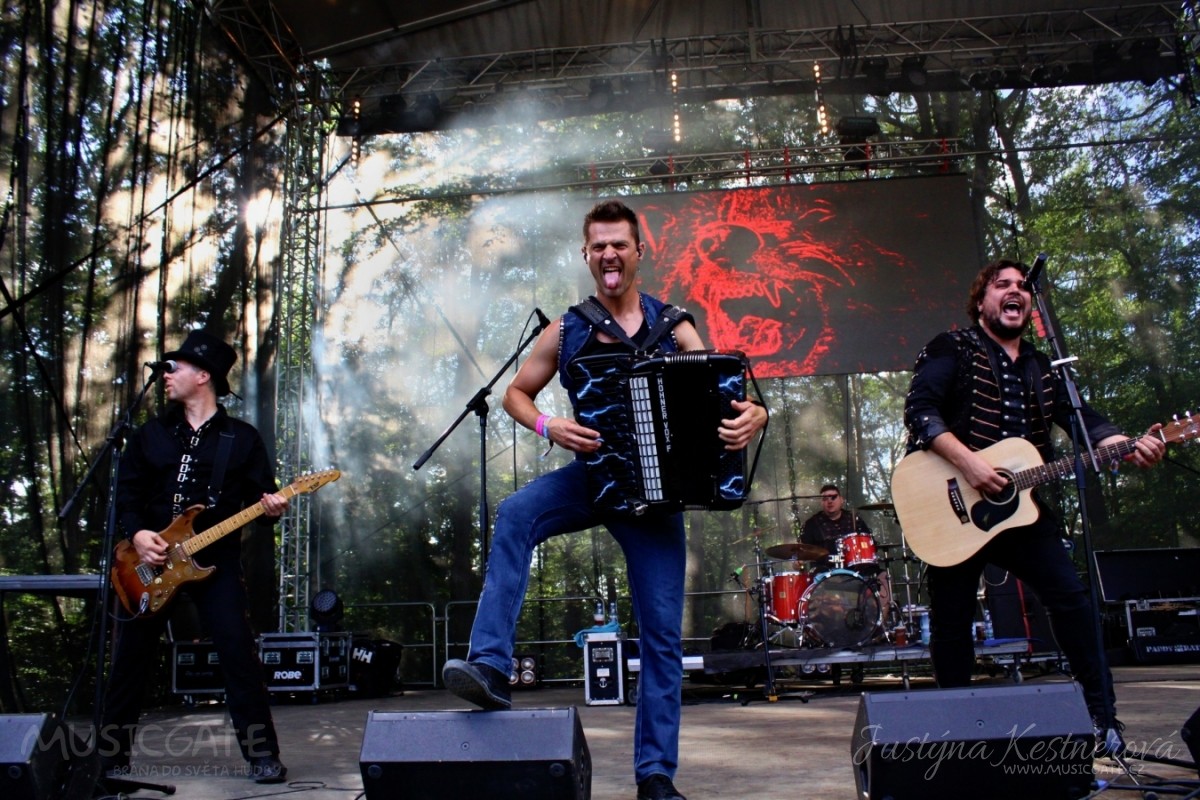 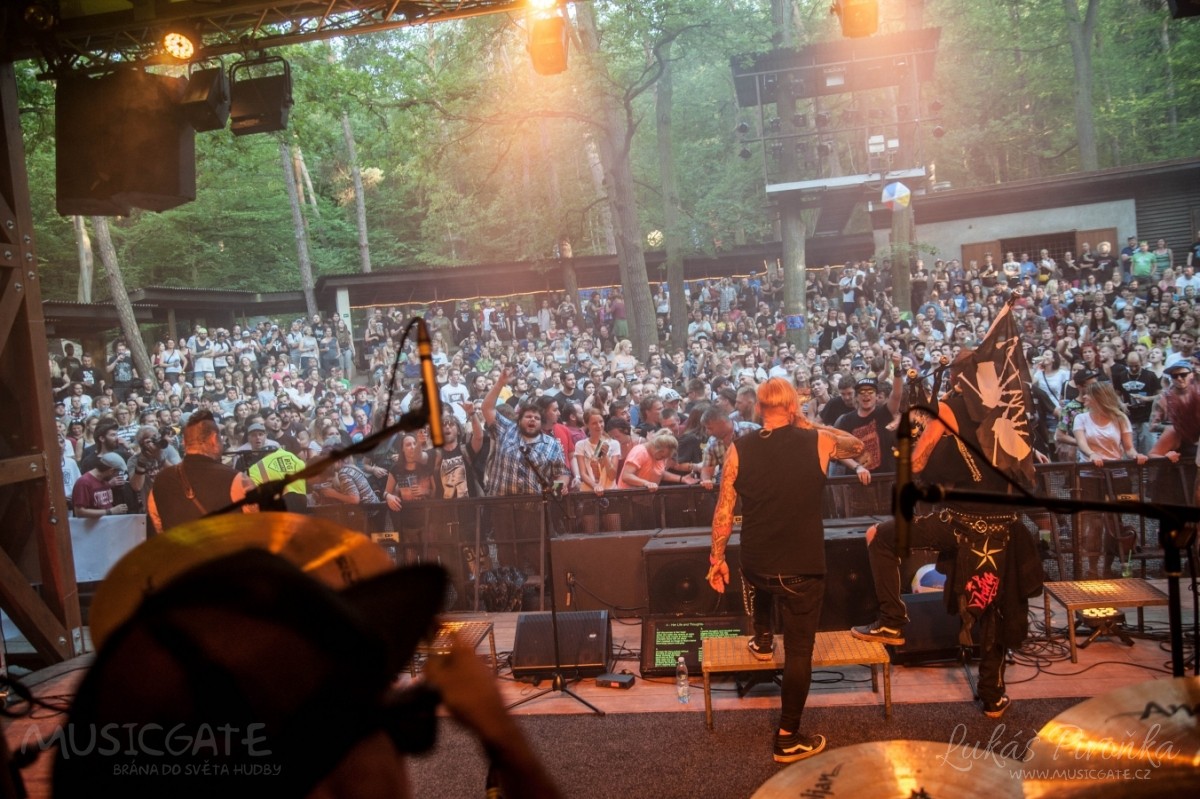 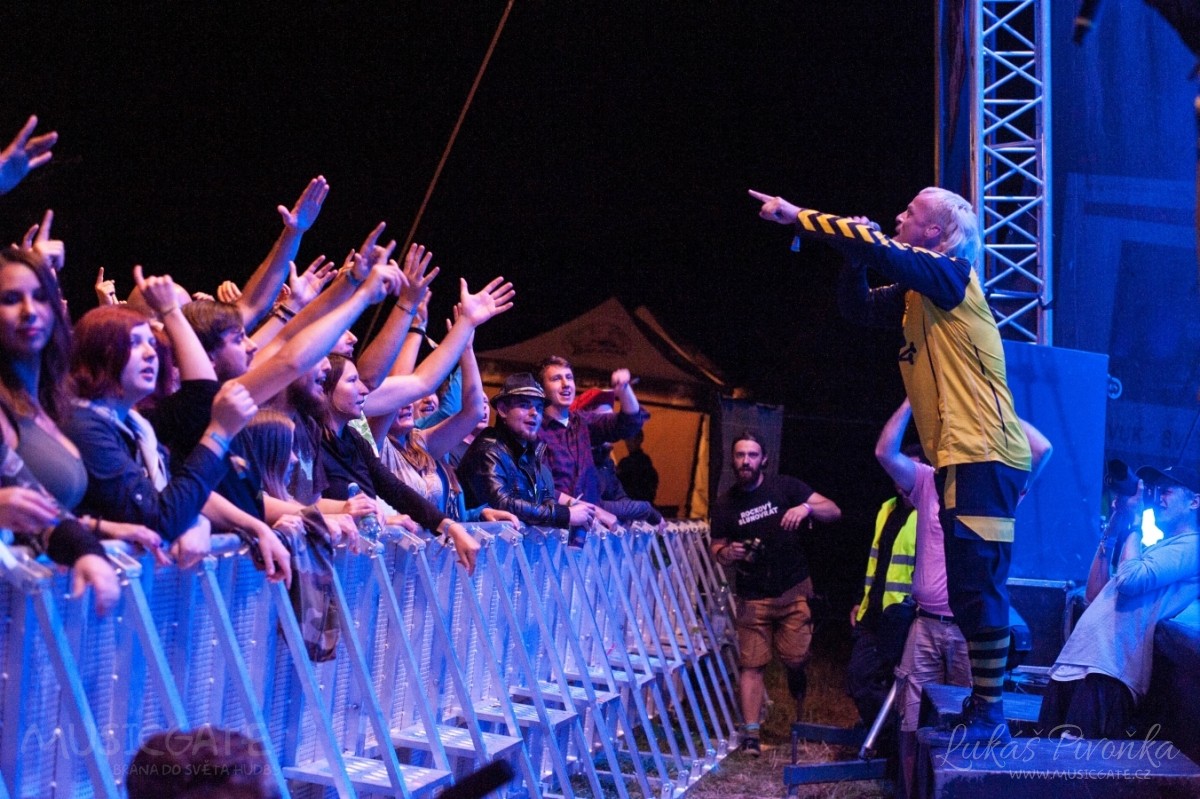 This year's festival season benefits from the current weather.  The sun returned to the sky after winter’s absence and music fans can now plan summer events, which are great in number in the Czech Republic, with no limitation to the preferences of genre, location or size. Rockový Slunovrat originally belonged to the less ambitious, but over the years it managed to make its name on the domestic scene as well as abroad. Before the beginning of the year, it gave the impression of an average event with an interesting idea of a relaxed fest in the forest, although the line-up and the fact that Slunovrat had expanded into two days suggested that this weekend might not be so peaceful after all.

There is nothing as comforting as getting soaked wet by the torrential rain right at the beginning of the festival. On Rockový Slunovrat, however, nothing could go wrong. GATE and I Love You Honey Bunny tried to chase the clouds off, with success in the end. Thanks to the cloud haze, the newly arrived visitors were welcomed in the forest beatifully scented, as the organizers did not forget to describe the situation on Facebook with the “staying positive“ attitude.

Atmosphere was simply cool from the beginning, and the whole area had the impression of one large chill-out zone. The seating bags on the beach right next to the bar or hammocks hanging in the woods called for rest and listen to great music coming from the oldest forest theatre in our country. However, you just had to come to the big Březňák Stage on the adjacent meadow. On the way there you could go to a coffee shop, a tearoom, a food or beer stall, a bar, or a merchandise tent. But before that, you had to get the local currency "sorry jako", which made it easier for all stall keepers to significantly eliminate all the queues, except the one for the flushing toilets.

Friday's late afternoon took place in the rhythm of Ska by Fast Food Orchestra on the main stage. Similarly hoppy music was performed by Timudej on Radio Beat Stage in the amphitheater. Just moments before fans of hardcore got their due, thanks to the provider of harder genre of music is in the forest theatre - Skywalker. Rockový Slunovrat offered bands across musicl genres and the pop bracket was filled on Friday evening by Mig 21. Frontman of the band, actor Jiří Macháček entertained the audience with funny quotes and stories and they eventually had to return to the podium several times because the fans just couldn’t have enough.

In the night hours, Forest Stage was almost demolished by Skyline. This electro-pop-punk mix with dubstep elements and other genres has woken the audience up for their next nocturnal activities. And just in time because one of the headliners of the festival was to start performing on the meadow before midnight. Dub FX has arrived from Australia. He climbed on the stage with his looper and displayed his incredible streetart dub-beat art.

If Friday was expected to pass in the cool forest atmosphere which was emitting from the fest before it even started, Saturday couldn’t be more different. The Saturday set offered one energetic band after another. In the afternoon, the sun filled meadow was electrified by Sour Bitch and Discoballs. On the Radio Beat Stage, due to changes in the line up, people have been unexpectedly entertained by Pilot Season or Jay Delver.

One remarkable name after another came on, starting  at 6PM with Paddy and the Rats. If other bands can be described by an enumeration of the genres they combine, this band reminds a melting pot of cultural (or non-cultural?) symbols. Ireland, piracy and maritime, pub fights, celtic punk in full swing. Frontman Paddy O'Reilly and the rest of the band from the harmonica to the violin brilliantly communicated with the audience and the audience did too. They started an incredible party that ended well in the morning.

The hint of Ireland continued in the forest theater with Pipes and Pints. A mix of folk and punk rock and the mad energy that the boys have invested in the entire show, almost caused the small stage to colapse. The enthusiastic fans, fortunately, did not and were able to run to the Březňák Stage to hear another star of the evening. Which was the band Russkaja (don’t get fooled) from Austria, which continued to showcase various musical-cultural links. This can’t be any surprise, considering they describe their own music as "Russian Turbo Polka Metal". Frontman Georgiy Alexandrowitsch Makazaria invited all fans to any style of pogo. The conundrum before and on the stage was just unstoppable after that. The length of bonus music would be perhaps sufficient for another separate concert.

The final headliners of the festival were Dubioza Kolektiv, already well know in Řevnice. The Balkan-ska-reggae-rock-dub from Bosnia and Herzegovina was exactly what everyone was waiting for (to add to the list of the genre combinations). But first, the lights that the visitors bought to help people with cystic fibrosis were turned on. And just before midnight, Dubioza Kolektiv came on. The energetic atmosphere exploded to astronomical heights. The band communicated with the audience, the audience, with their last reserves of energy, was trying to communicate with the band. At the right moments, the boys of the band complimented their boisterous songs with jokes and Czech vocab and thus created a spectacular show.

The fair presenter also deserves a mention, running all the time from the woods to the meadow, from the Radio Beat Stage to the Březňák Stage and making sure that everyone stays in the picture and nobody misses a bit from Rockový Slunovrat. The organizers simply managed the whole event brilliantly, even with the enormously packed line-up, and we hope to meet again in the forest next year. 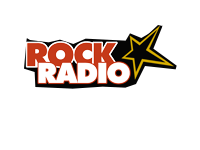 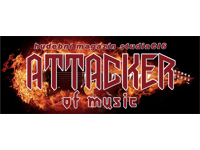 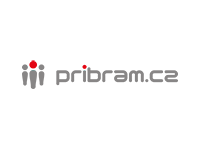 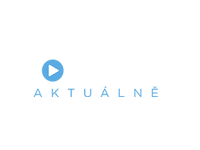