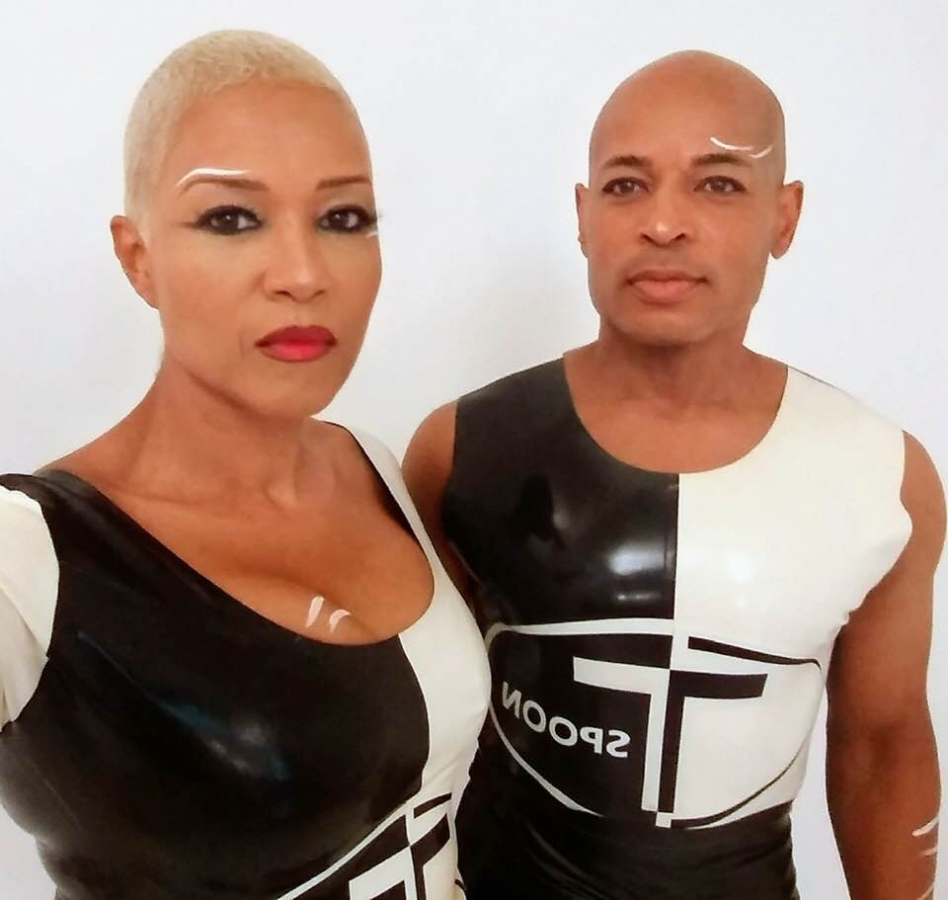 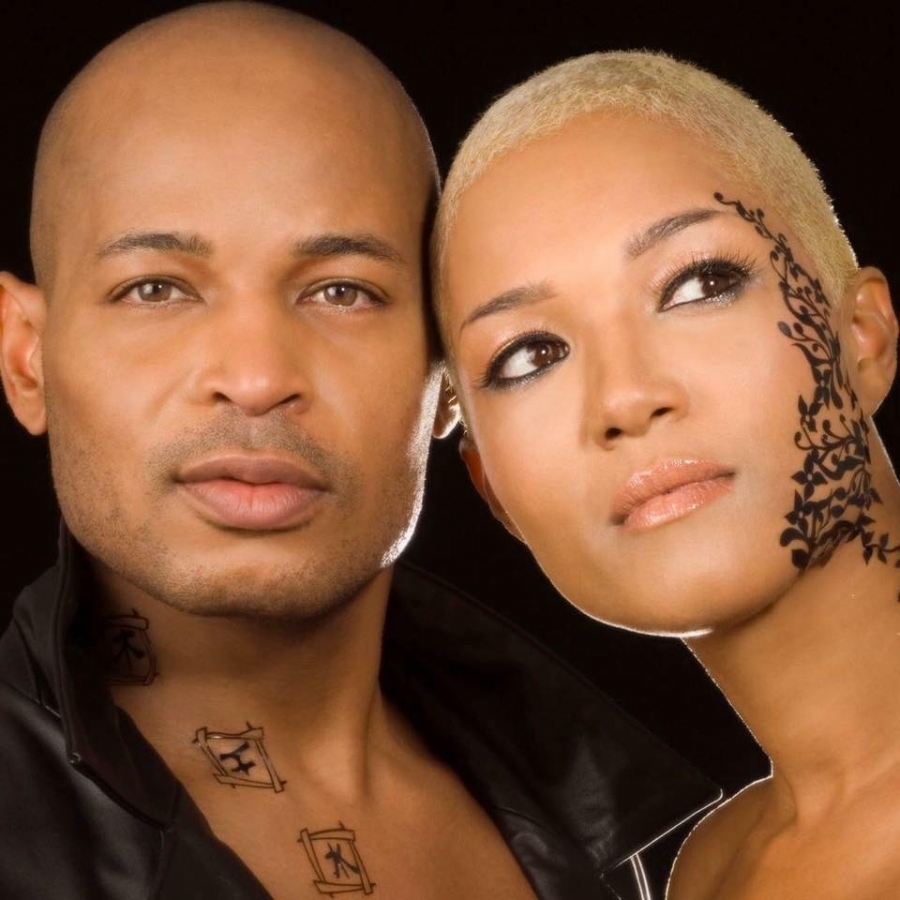 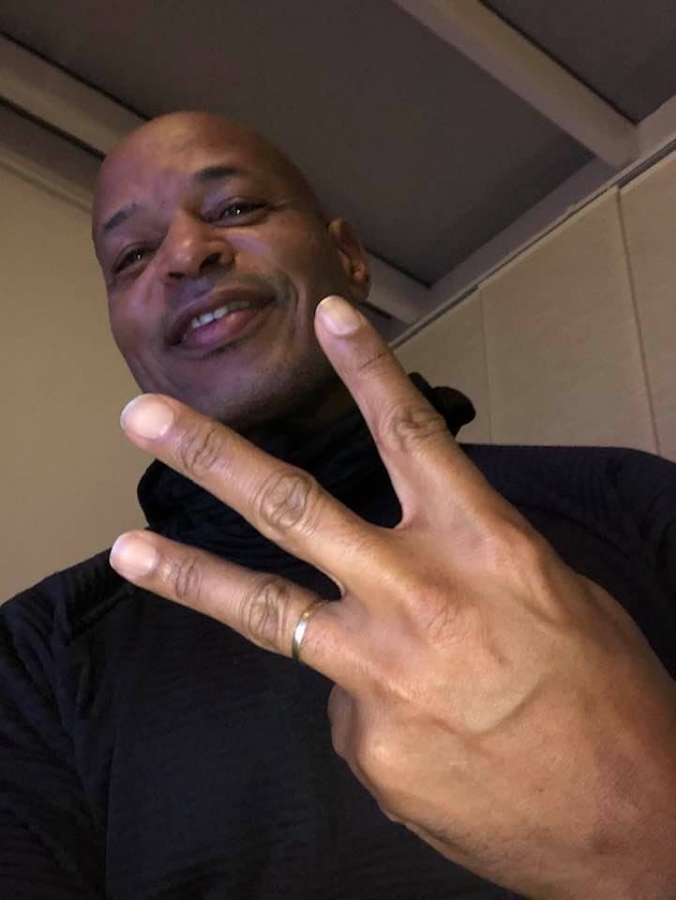 T-Spoon is a Dutch Eurodance project founded in 1991 by rapper Shalamon Baskin (aka Shamrock) and co-founder Remy de Groot (aka Prince Peration).

The T-Spoon name origin comes from a television series Remy and I used to watch about the Pony Express riders.\"

In 1995, singer Linda Estelle joined the group, which changed the band's direction into the then-popular happy hardcore-genre. In 1997, they became famous with the summer hit "Sex on the Beach", which made the charts in The Netherlands as well as Belgium, Germany, Ireland, Scandinavia and the United Kingdom. The song was first released in Ireland following its success in Europe. There it became one of the biggest hits of the year, peaking at number 3 in the Irish charts. Such was the success in Ireland that the song was released in the United Kingdom at the end of the summer and reached number 2 in the UK charts. - source: Wikipedia


The only T-Spoon now is Linda and Shamrock.


And we were lucky to have an interview with Shamrock. So with gusto!

At the outset, I have to ask you, what led you to establish yourself in the field of Eurodance?

Hmmm, good question. When I started out I had no intentions or direction as far as what kind of music I wanted to do. I sort of fell into a career. I arrived in Belgium as a part of the USAF and was invited to go to a Salt N' Peppa concert in Hasselt, Belgium. We met a few Belgian girls that night and during the show, I said to two of the girls, that looks easy - I could do that. They said really? We have a friend who is a DJ. The next day I gave Kristof Michiels a call, made an appointment to meet and talk about doing something. My Cousin Chako was also visiting me at the time. So we met Kristof and he had ask a friend named Peter Luts(Lasgo) to join the meeting. We decided to form a group then and there. It was called The Typical 2 EmCees. We were not typical :-) We did a few shows and at one point I was approached by the producers of HiTek3 to do their first album. HiTek3 was a child of Technotronic. That was my start.


How did you actually get from San Diego to the city you live in now?

As I mentioned in the previous answer, I came to Belgium as a part of the USAF.

You haven't seen or heard for a long time. Could you please tell us what you have actually created in recent years, if it is not a secret?

Shamrock:" My last T-Spoon performance was 6 March 2020. My next one will be a television performance on 12 Dec 2020. This is the longest break in performances I've had since my career started in 1989. I'm not worried about bringing the energy needed to pull it off, but it's always better to have some live shows on the run-up to televised ones. My life is not only My Fitness and Nutrition business, although lately it has saved the Days and Nights."

The last years I've been performing a lot of T-Spoon shows, but mainly in The Netherlands, as Linda does not want to travel too much outside of The Netherlands. I've also done shows with Absolom and Astroline. Aside from that I've been writing for other Artists/Acts. Kara "Electric Boy" was one of the hits I wrote awhile back and "Are You Gonna Be My Girl" by Isaac Elliot. But I've had lots of small releases with DeeDee, Light Warrior, DJ Licious, Monty Wells, Todaklop, Ben Heights and more. I've also written 3 books and released 2 of them.


When you listen to music, do you perceive it as a listener or as a composer?

I listen to other peoples music for pleasure. If I don't like it, I turn it off.


What do you like to listen to, whether at home or on the go?

When I'm driving I listen to Prince, MJ, Janet Jackson, Nirvana, Fleetwood Mac, Bjork, Bowie and other bonafied legends of music. If their music has energy - something I can feel - I rock it.

What song, song, album did you sing or play last time?

The last album I played was 1999 by Prince and The Revolution.


Can you tell us more about what you are working on right now?


I know from your social media profile that you did the martial art of Capoeira. How many hours did you train a day to perform somewhere?

Capoeira is a Brasilian Martial Art, which has its roots in Angola Africa. I am a teacher and have been taking lessons myself for 12 years now.


How did you actually get from a singer to a fitness and nutrition business?

I became a Fitness and Nutrition coach after going with My wife to one of Our company's big events. My wife was actually doing the business for a year before I joined her. I had no idea what she was doing. I only went to parties and dinners with her. When I arrived at the special weekend training, I was tired, because the night before I did 3 T-Spoon shows. Someone gave me my first taste of the products and I had instant energy. So I decided to stay and join the training, instead of heading to the hotel to sleep. I was blown away by how the leaders were talking. They were talking how I have been talking my whole life - how I've lived my life. I was in for life after helping my first two customers lose 20 kilos each.  What I do with Fitness and Nutrition can literally save peoples lives. I love it.

How much did your inability to perform (all because of Covid-19) affect you in everyday life?

It was weird at first, but we immediately moved all of our Nutrition and Fitness services online. So that was not affected. In fact our business has grown during the lockdowns. Not being able to perform, was and is difficult. I cannot wait until we are able to rock the stages again. But in all honesty my other businesses are my main focus now.

What are your goals/plans for the future?

My immediate plans are to expand and grow my Fitness and Nutrition business. I want to go up at least 2 levels in the next year. Aside from that, launching and growing our new label.

Are you planning to make a comeback of the T-Spoon group?

As far as T-Spoon, we are focusing on performing our 90s hits.
¨

A few more words at the end, for your fans in the Czech Republic.

I would love to visit Czech again to perform. In the 90s we visited a couple of times each year and always had a wonderful time. I cannot wait to get back. Until then, people can follow what I'm doing on FaceBook and Instagram. And yes, if you want to do something about your fitness levels - I'm your man! :-)