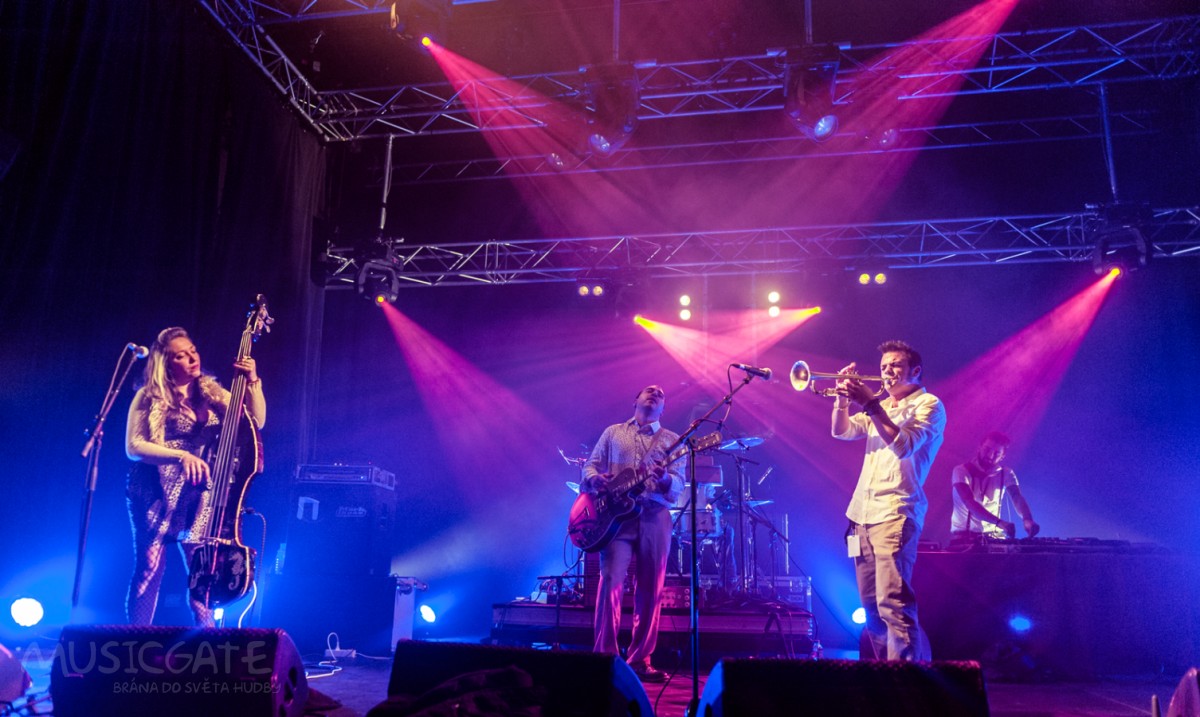 Cbanner (1)   (900 x 150px)
When jazz was the most popular and most danced to music in America, when parties were over the top and women were scantily dressed, SWING was the password. Bomba Titinka is the name of a project whose goal is to unite an international audience by bringing the magical formula of electronic digital music to the stage and combining it with talented musicians from the Swing scene. Bomba Titinka is the collaborative product of Ludovica Signorelli and Dario Mattoni (contrabass and guitar), who are partners both onstage and in life; both have been playing for years in the underground rock n roll and vintage music scenes where they have developed the fierce instincts of entertainers as well as a sixth sense for contagious refrains. Their world, however, began to feel confining and inspired them to move in a new direction toward electro swing, which could accommodate the expressive and compositional needs of Dario (Mr Bricks) and Ludovica (a.k.a. Wanda Lazzarovich), thus enabling them to bring their concert
audience to a dance floor dimension. You can’t miss the trumpet playing of Marco Indino or the electro jazz drumming of Elijah Sommacal, bot of whom are talented musicians trained in jazz. But just who exactly is hiding behind the electronic machine? We’re ready to introduce you to our new band member, who was present at Prague at the Electroswing Bohemia, decided to join the project as an official member: DJ Bisso, for whom “scratching” is synonymous with dancing. Who are their influences? Buscaglione, Renato Carosone, swing musicians from the Golden
Age such as Duke Ellington, Cab Calloway, and Italian songwriters (e.g. Domenico
Modugno). Bomba Titinka have been on tour since 2014 with Ludwig Sound from Germany, the top European electro swing agency: Bomba Titinka started out with a bang, winning over Italian audiences, those attending international festivals, such as Bestival, in the Isle of Wight; the 3000 Grad Festival in Germany, and other events in France, Austria, England, Switzerland, and the Czech Republic. And it would be impossible not to remember the extraordinary opening of Parov Stelar’s (the Godfather of electro swing) concert at the Gran Teatro Geox in Padua. The German label Chin Chin Records’ first EP “Bicycle”, released in 2015, is available on all
digital download platforms and comes with 2 official video clips on YouTube. The 2016 Tour  will launch the release of their new album.